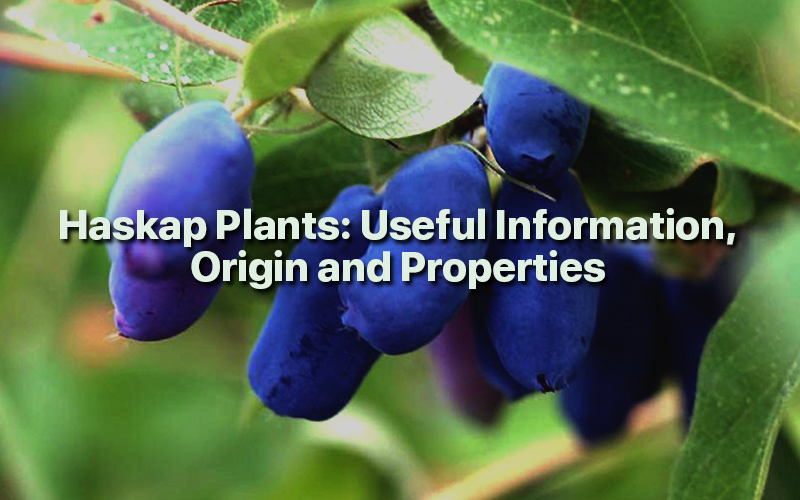 The edible Haskap plant is a cousin of the May berry. It is very resistant to cold. It produces small oblong fruits, which have a flavor close to that of cranberry. They are very rich in vitamins B and C and are generally consumed fresh or in jellies. The Kapu variety has vigorous growth and has good productivity. The Tana variety is less healthy than the Kapu variety, but its performance is better. On an excellent pollination, it is recommended to plant these two spices next to each other.

Haskap or Honeysuckle (Lonicera) is the generic name of several species of perennial shrubs belonging to the homonymous family of Lycopene (Loniceraceae). Previously, honeysuckle was considered a family of olives (Oleaceae), but later most of the species were identified as a separate group. However, some species still do not have a unanimous opinion; for example, caprylic honeysuckle (Lonicera caprifolium) many classifiers are considered olive.

The distribution of Haskap aka honeysuckle is quite extensive. For example, in the Caucasus, the fragrant Haskap plant grows, which is often used in landscape design and used for gardening parks and parks. The common honeysuckle (Lonicera xylosteum) often forms extensive scrubs and occurs in the European part of Russia, as well as in Siberia. Honeysuckle Altai grows in the Altai (Lonicera altaica). The Japanese honeysuckle (Lonicera japonica) is an evergreen curly shrub whose distribution area covers Japan, Korea, the western provinces of China, the Himalayas, etc.

The haskap fruits are edible with a sweet and sour taste. By this selection, garden breeders were obtained, which are distinguished by the high yield and the size of the fruit, which opens perspectives in terms of their industrial cultivation for the needs of the food industry. Honeysuckle is not included in the official record of medicinal raw materials, although our ancestors knew the beneficial properties of several plant species. Folk healers, faithful to the traditions of ancient healers, often apply several parts of the plant for the treatment of certain diseases. The vast majority of Haskap berries for sale are characterized by lack of pretensions and the ease of growing in personal plots, so that more and more amateur gardeners observe this culture.

For therapeutic purposes, haskap flowers, green shoots, leaves, and berries are used. It is advisable to carry out the preparation of haskap berries (edible and common) after their complete maturation, as a general rule, in late summer and early autumn. The leaves, flowers, and buds are subject to harvest in the flowering phase of the plants, from May to June (depending on the species). The drying of the fruit is mainly done with electric dryers, but with a small number of berries it can be poured outdoors with an additional drying in a cooling oven or by spreading a thin layer in the attics. The drying of leaves, flowers, and shoots takes place under natural conditions under canopies (to protect against direct sunlight and exposure to atmospheric precipitation). The edible white also has a bark that is collected in the fall, mainly from the branches that remain after the sanitary shrubs and that form shrubs. It is recommended to store fresh fruits of haskap in a cool place (preferably in a refrigerator), also, no more than three days.

The medical use of certain types of haskap plants provides its specificity, which is due to the pharmacological properties of the medicinal raw materials.

Haskap berries are of great benefit in anemia, especially if the disease develops in the context of insufficient iron availability of the organism. Below is a short list of conditions in which the introduction of haskap fruit into the diet is more than desirable.

Get in touch to find out more about the Super Food Haskap Berries in our previous blog.